An oxidation number is a measure of the number of electrons an atom uses to bond with atoms of another element. Oxidation numbers are derived from a set of rules:

Some elements (e.g. transition elements) form compounds and ions where the element is able to have different oxidation numbers. In such case, the oxidation number is included in the name of the compound as a roman numeral.

The energy needed to form positive ions is known as the ionisation energy. Ionisation provides evidence for the arrangement of electrons in shells.

Electrons are negatively charged and are held in shells by the attraction with the positive nucleus. To form an ion, sufficient energy must be provided to overcome this attraction. Electrons in the outermost shells are removed first since they experience the least nuclear attraction. The nuclear attraction depends on three main factors:

Successive ionisation energies provide evidence for the presence of shells and the number of electrons in each shell. Quantum numbers are used to describe the positioning of electrons in an atom:

An atomic orbital is a region within an atom that is able to hold up to two electrons, with opposite spins. Every shell is made up of orbitals. There are four types of orbitals:

Orbitals can be represented by boxes, with each box holding up to 2 electrons. The arrows represent the spin of an electron:

Sub-shells have different energy levels as shown below: 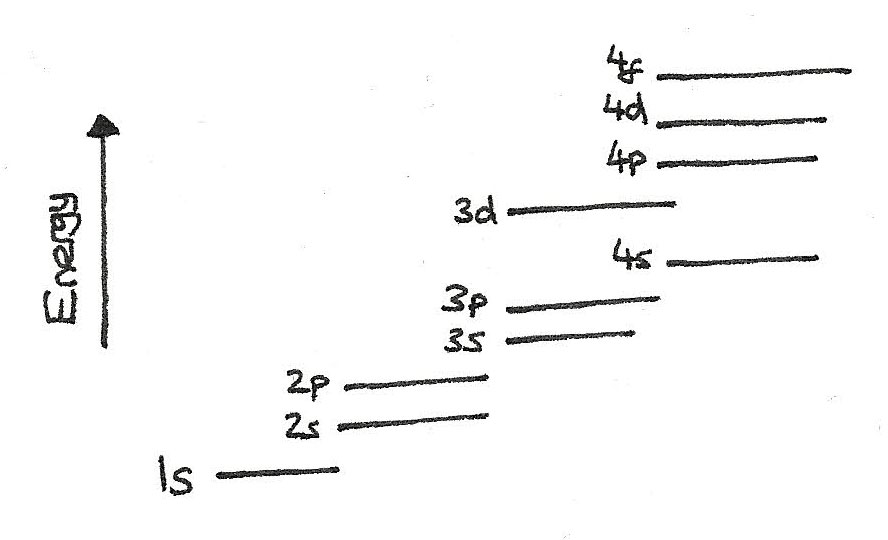 When deciding on the arrangement of electrons in an atom, the Aufbau principle should be followed:

Electrons in the Periodic Table

The periodic table is structured in blocks of 2, 6, 10 and 14 elements linking to the subshells: 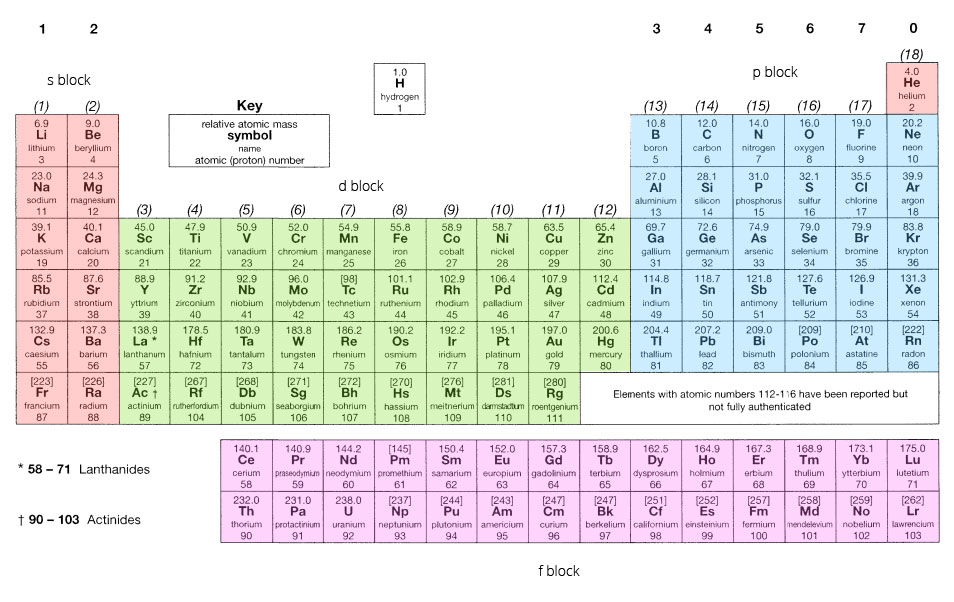 By following the pattern shown above, the electron configuration for any element can be determined using the periodic table.

When electron configurations become lengthy, they can be abbreviated using the previous noble gas: