Factors affecting the rate of reactions

The rate of a chemical reaction is affected by:

The effects of these can be explained using collision theory that states that a chemical reaction can only occur when reacting molecules collide. Upon collision, the reaction only happens if the energy is greater than or equal to the activation energy.

The effect of concentration on reaction rate

If the concentration of the reactants is increased, the rate of reaction is also increased. This is because increasing the concentration gives more molecules within the same volume, which results in a greater chance of molecules colliding. With a higher concentration, there will be more collisions with energy greater than the activation energy.

The effect of pressure on reaction rate

A catalyst lowers the activation energy of a reaction by providing an alternative route of lower energy for the reaction to go down. 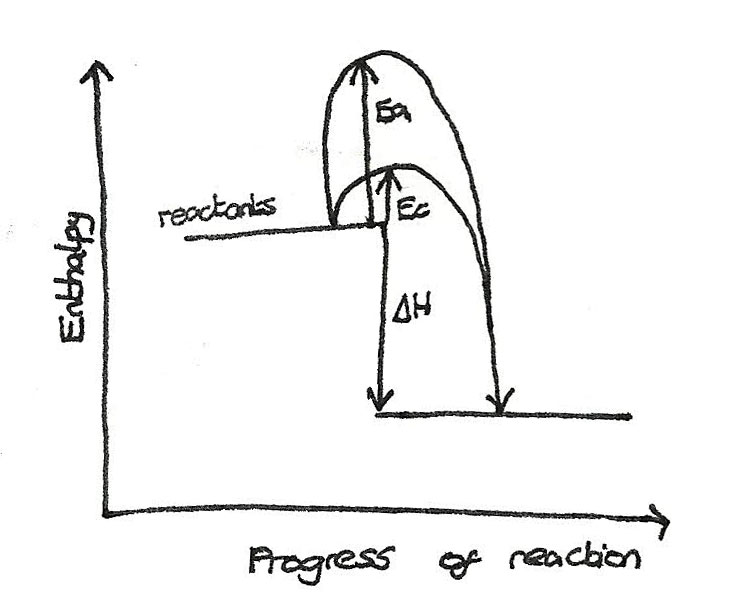 In industrial processes catalysts are used to lower the activation energy, speeding up the process,which lowers the cost. Benefits of using a catalyst include:

The Haber process is a process used in order to produce ammonia. The produced ammonia is used as the basis of fertiliser manufacture. Ammonia is made by reacting nitrogen and hydrogen together:

Enzymes are biocatalysts which can lead to the formation of a single product, which is known as specificity. Enzymes operate under mild conditions, such as low temperatures, atmospheric pressures and at an optimum pH level.

The benefits of using enzymes in industry include: 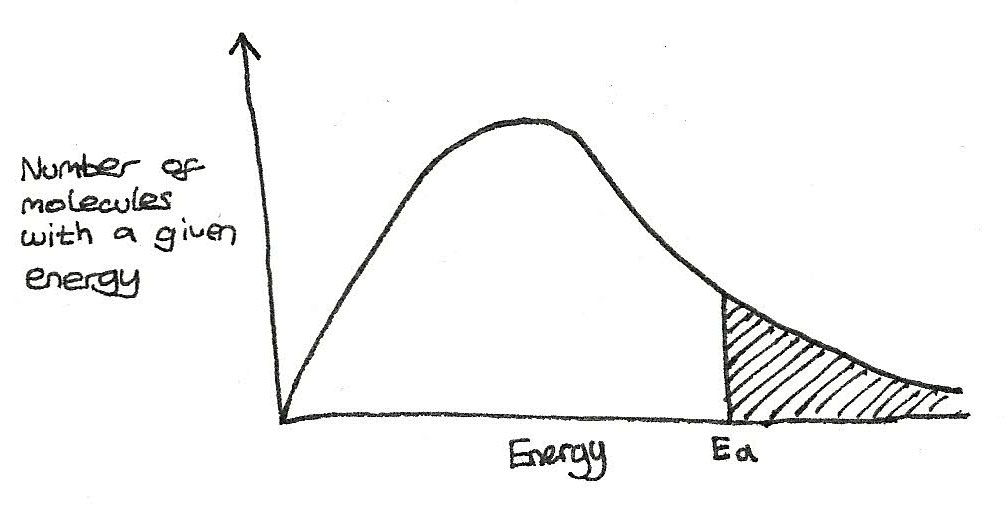 Features of a Distribution

Effect of temperature on the reaction rate

At higher temperatures, the kinetic energy of all the molecules increase. The distribution flattens and shifts to the right. The area and therefore the number of molecules stays the same. In the diagram below, the temperature $T_{2} > T_{1}$ 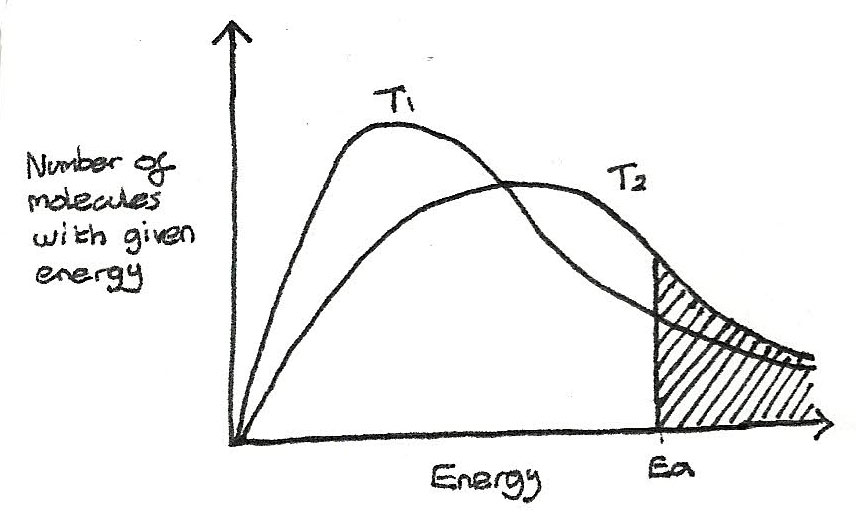 As the temperature is increased, the rate of reaction increases. This is because with increased kinetic energy, more collisions are able to take place in a certain length of time and a higher proportion of molecules have energy greater than the activation energy.

Effect of catalysts on the reaction rate 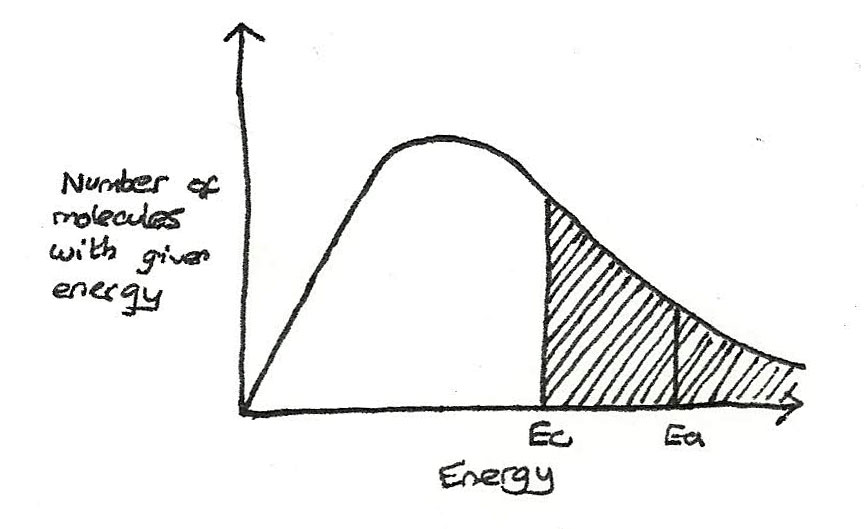 Some reactions are reversible meaning they can take place in either a forwards or backwards direction. For example:

In equilibrium, a reaction has no observable state of change. In reality, the system is dynamic where products are being formed at the same pace as reactants are being reformed. A chemical system is in dynamic equilibrium if:

The position of equilibrium is the dominant direction the reaction is working in. This can be altered by changing the conditions of the reaction. The effect of a change can be predicted using le Chatelier's principle.

When any changes are made to the conditions of a system in equilibrium, the position of equilibrium will shift in order to oppose the change.

When the position of equilibrium is moved to the right more products are formed than reactants. To the left, more reactants are formed.

With the following equation:

What effect does an increase in total pressure have on the position of equilibrium?

This would move the position to the left, as there are only 9 moles compared with 10 on the right, which reduces the pressure of the system.

What effect will removing the nitrogen as it is produced have on the system?

This will move the position of equilibrium to the right in order to replace the removed products.

Effect on temperature on equilibrium

Effect on a catalyst on a reaction

In the Haber Process ammonia is prepared from nitrogen and hydrogen. The reaction is shown below:

In this reaction certain conditions favour the production of ammonia:

As a result of these disadvantages, a compromise is made between the yield and the rate of reaction:

An iron catalyst is used which reduces the amount of energy needed for the reaction to commence.