Ketones and aldehydes both contain the carbonyl functional group, $C=O$.

The overlap of p-orbital electrons above and below the plane of the carbon and the oxygen atoms result in the formation of a $\pi$ bond. The sideways overlap between the $C$ and $O$ orbitals form a $\sigma$ bond. 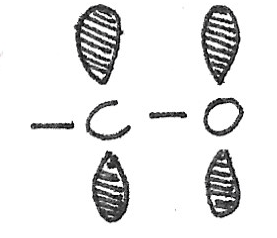 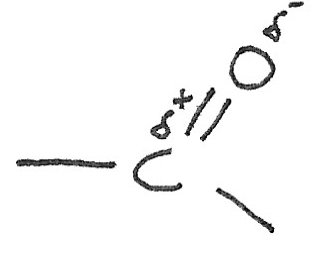 In aldehydes the carbonyl functional group is always at the end of the carbon chain. This gives the molecule the -al suffix. 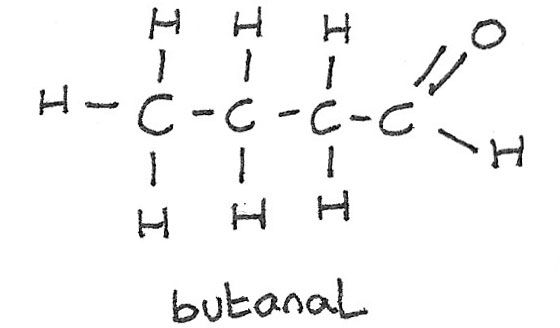 The oxygen atom in ketones can be attached to any of the carbon atoms not at the end of the hydrocarbon chain. Ketones have the -one suffix. It is important to use the smallest possible carbon atom number when naming the molecule. 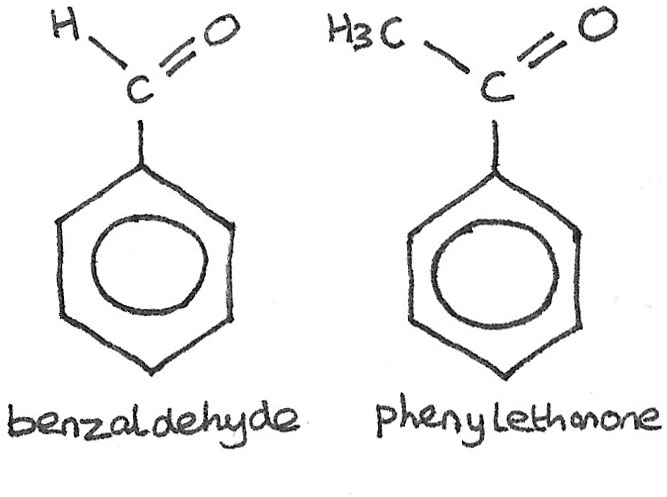 These are oxidised first to aldehydes, then oxidised further to carboxylic acids.

In order to extract an aldehyde, the product must be distilled off as it is produced. To form the carboxylic acid, the reaction mixture must be heated under reflux.

Due to the positioning of the $C=O$ bond, secondary alcohols can only be oxidised to form ketones.

Tertiary alcohols are resistant to oxidation. No reaction occurs and therefore the oxidising agent remains orange.

Reduction of Ketones and Aldehydes

Carbonyl compounds can be reduced to alcohols by warming with a suitable reducing agent such as sodium borohydride ($NaBH_{4}$). Water is often used as the solvent.

Aldehydes are reduced to primary alcohols. In this example, butanal is reduced to butan-1-ol.

Ketones are reduced to secondary alcohols. In this example, butanone is reduced to butan-2-ol.

Ketones and aldehydes react with $NaBH_{4}$ in a nucleophilic addition reaction. The $BH_{4}^{-}$ ions acts as a source of the hydride ions, $H^{-}$. These hydride ions act as the nucleophile.

Upon adding Brady’s Reagent to an aldehyde or ketone, an orange precipitate is formed, confirming the presence of a $C=O$ bond. This precipitate is known as a 2,4-dinitrophenylhydrazone derivative. There is no visible difference between the reactions between aldehydes and ketones.

After using Brady’s reagent, a dinitrophenylhydrazone derivative is formed. This solid can be filtered and recrystallised to produce a purified sample. The melting point of this purified product is measured and recorded. The results can be compared to a known database in order to determine the original aldehyde or ketone.

Once a compound has been identified as a carbonyl, it can be further identified using Tollens' Reagent. This is a weak oxidising agent that can distinguish between ketones and aldehydes.

Tollens' Reagent can be made by heating aqueous sodium hydroxide with aqueous silver nitrate until a brown precipitate is formed. Dilute aqueous ammonia is added until the precipitate dissolves. This produces Tollens' Reagent, a colourless oxidising agent. The oxidising species is the silver ion, $Ag^{+}_{(aq)}$.