Current is the rate of flow of charge defined by:

where $\Delta Q$ is the charge in coulombs, $I$ is the current and $\Delta T$ is the time taken. The coulomb is the unit of charge. One coulomb is the amount of charge that passes a fixed point in one second with a current of 1A. Charge can be measured using an ammeter attached in series to a circuit.

Potential difference (pd) or voltage is the work done per coulomb of charge that passes between two points. It can be calculated by:

When current passes through a circuit it encounters resistance to the flow. A component's resistance can be thought as a measure of how difficult it is for current to flow through a component. Ohms Law states that:

Ohms law states that, provided the resistance remains constant, the potential difference is directly proportional to the current. For ohmic conductors (conductors which obey Ohms Law), the graph of $IV$ is shown below: 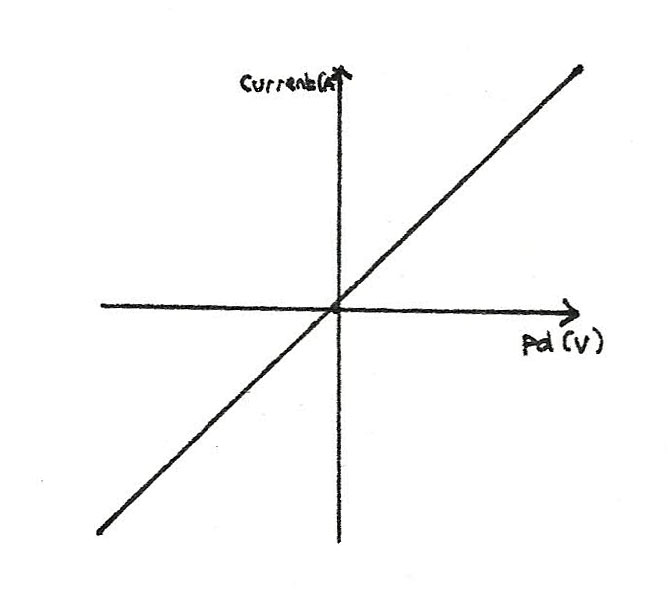 Power ($P$) is defined as the rate of energy transfer. Power is measured in watts (W), where 1 watt is equal to 1 joule per second. The equation power in electrical circuits is:

Where $P$ is the power in watts, $V$ is the voltage and $I$ is current. By combining this equation with $V = IR$, variations can be made:

A heater converts 750J of electrical energy into heat every 10 seconds. What is the power rating of the heater?

The total resistance of the heater is $5\Omega$. What current flows through the heater?

The total energy transferred in a circuit can be found using the following equation:

This term refers to how voltage and current are proportional. By plotting a graph, the resistance can be calculated by finding the gradient; the shallower the gradient, the greater the resistance. The diagram below shows a circuit arrangement, allowing IV graphs to be plotted.

At constant temperature, the current through a metallic conductor is directly proportional to the voltage. This gives a straight line graph passing through the origin. 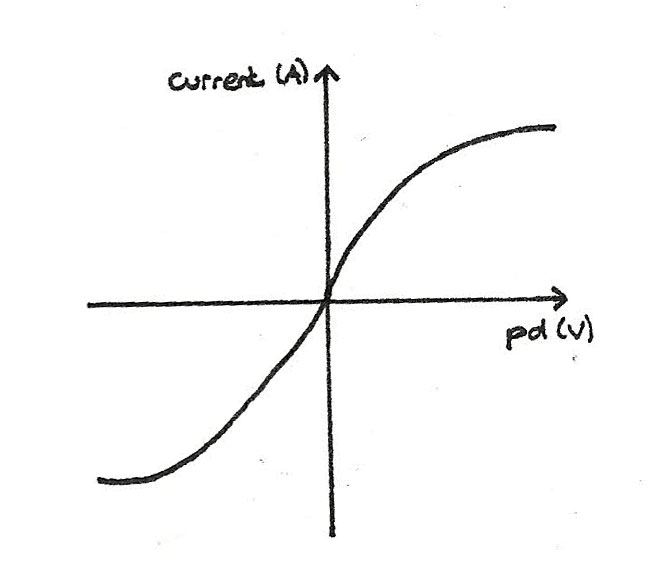 A NTC (negative temperature coefficient) thermistor is a resistor where the resistance decreases as the temperature increases.

Light dependant resistors are resistors where the resistance decreases as the light intensity increases. 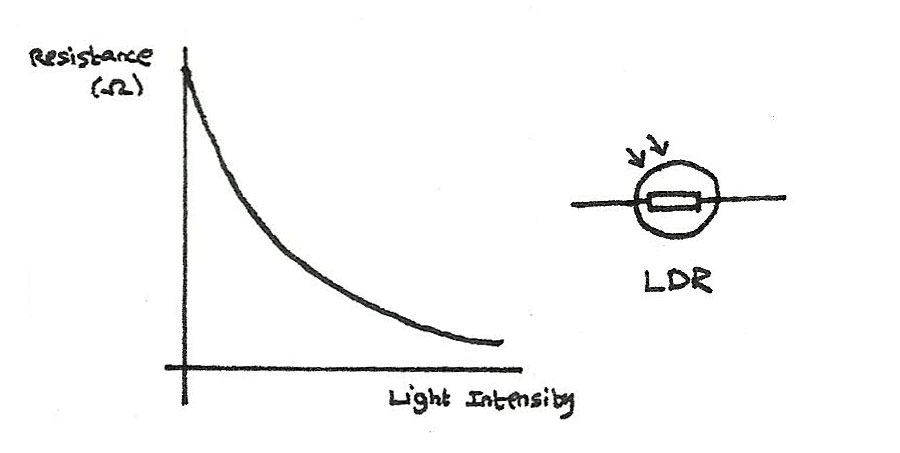 Diodes are designed to only allow current to flow in one direction. The forward bias of a diode is the direction in which the current is allowed to flow. Most diodes have a threshold of around 0.6V before they will conduct. 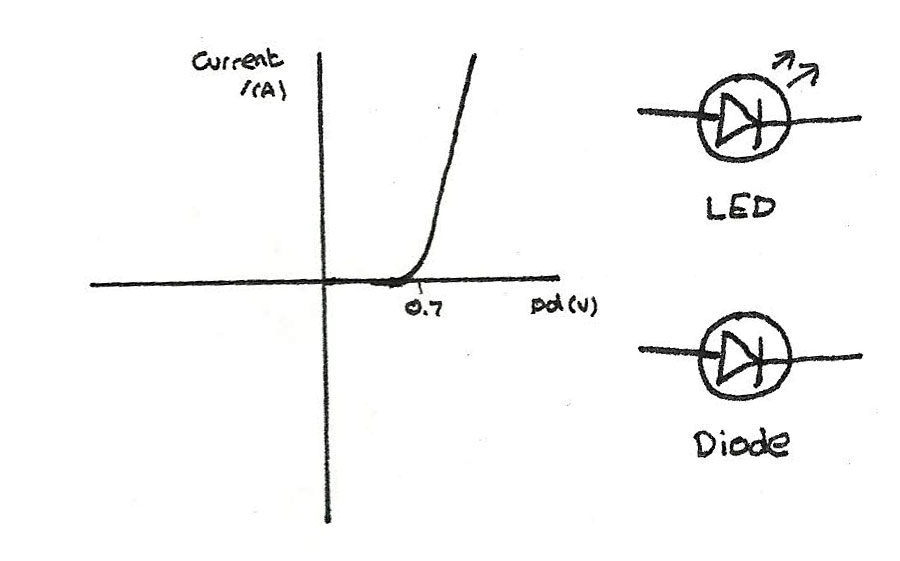 Superconductors are materials that when cooled below a transition temperature, commonly around 10 kelvin (-263 °C), the resistance drops to zero. This allows for:

The problem with superconductors is that it is difficult and expensive to cool to such low temperatures.