Resistance depends on three things inside a component:

Resistivity is defined as the resistance of a 1m length with a $1m^{2}$ cross sectional area. It is measured in ohm-metres ($\Omega m$).

Resistivity can be calculated by the following equation:

Where $\rho$ is resistivity, $R$ is resistance, $A$ is cross-sectional area and $L$ is the length.

Cells in Series and Parallel

This states that the current entering a junction is equal to the current leaving it. In a circuit, the charge isn't used up or lost meaning whatever flows into a junction will leave it. In a series circuit, this causes the current to be equal everywhere in the circuit.

In a parallel circuit, the current depends on the resistance of each loop. Regardless of how the current is divided, the current entering the junction will always equal the current leaving it. 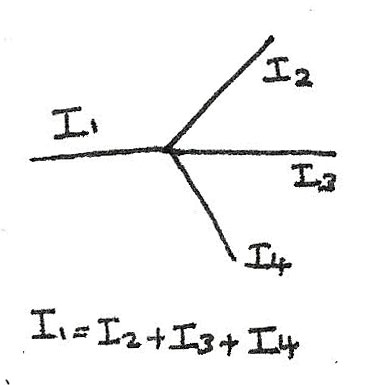 Kirchoff's Second Law states that the total emf of a series circuit is equal to the sum of the potential differences across all the component. 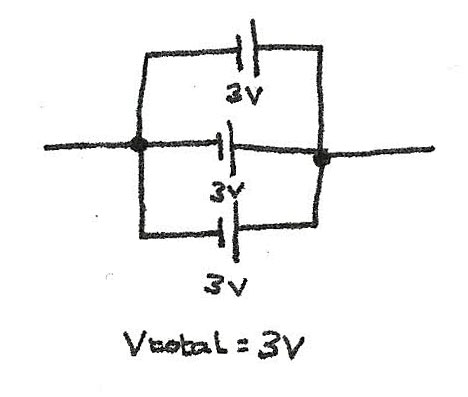 These laws can be used to determine the resistance of components in circuit.

Resistance is caused by electrons colliding with atoms of the material and losing energy. In batteries, chemical energy is used to make electrons move. As they move, they collide with the battery, creating an internal resistance. 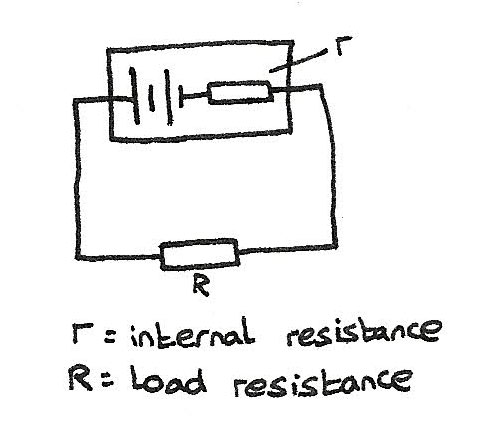 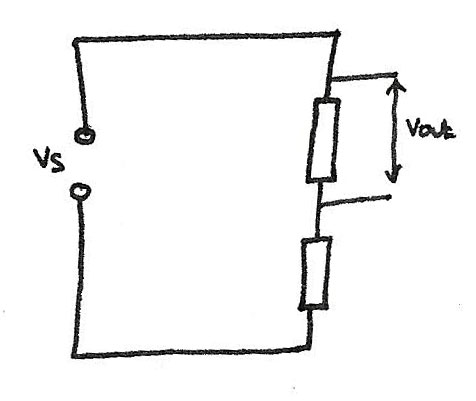 LDRs and thermistors are often used in conjunction with a transistor in a potential divider circuit.

Potentiometers use the potential divider principle as a slider which moves the relative sizes of $R_{1}$ and $R_{2}$, changing the voltage across a component. 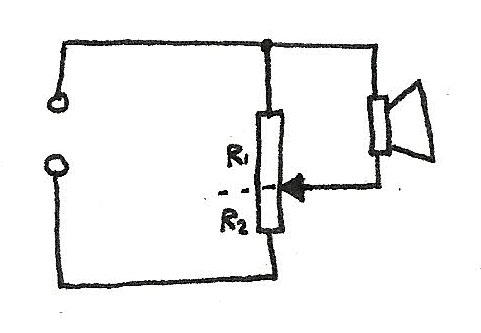 An alternating current is a current that changes with time. In an alternating circuit, the voltage rises to a peak before decreasing to a trough, forming a sinusoidal pattern. To measure the voltage over time, an oscilloscope is used.

By measuring the distance between successive peaks, the time period can be determined, which can be used to calculate the frequency.

An alternating current with a peak voltage of 2V will actually be below 2V most of the time. This means the power output compared to a direct current supply will be much less. In order to compare the voltages, the root mean square average can be calculated: