The speed, frequency or wavelength of a wave can be calculated by using the following equation:

The phase difference between two vibrating particles is the fraction of a cycle between the vibrations of two particles. It can be calculated using:

When waves are directed above a certain angle at a hard flat surface, the wave reflected has an angle of incidence equal to the angle of reflection. 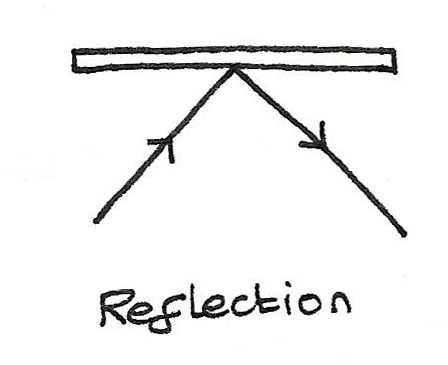 When waves pass across a boundary, the wave speed and the wavelength change. If the perpendicular angle of incidence is greater than zero, the light bends which is known as refraction. 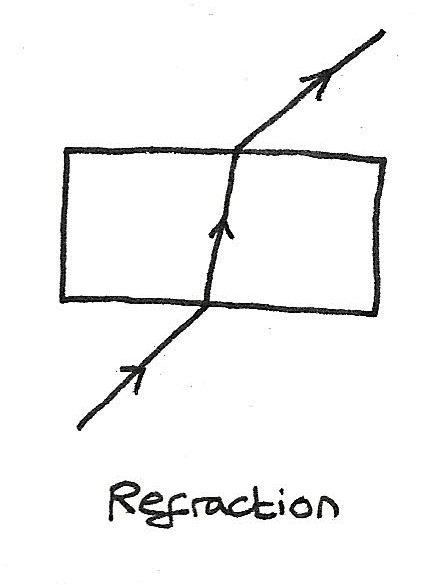 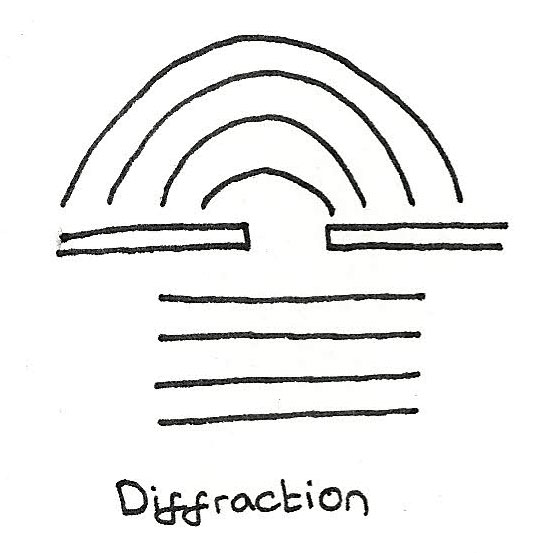 The principle of superposition states that when two waves meet, the total displacement at a point is equal to the sum of the individual displacements at that point.

Coherent waves are waves of the same frequency with a constant phase difference.

Stationary waves are waves in which some points remain in a fixed position. They are formed when two progressive waves, travelling in opposite directions are in phase which results in destructive interference at nodes (points of no displacement).

The next stationary wave pattern, is where there is a node at the middle. The waves that form this pattern $\lambda_{1} = L$ as each loop forms half a wavelength.

The following stationary wave pattern is the second overtone consisting of three loops. This means the the wavelength $\lambda_{2} = \frac {2}{3}L$