The molecules of a gas move with varying speeds and with unpredictable motions. This is due to the uneven bombardment from other molecules and the container. This type of random motion is called Brownian motion.

The pressure of a gas is the force per unit area that the gas exerts normally on the surface of a container. It is measured in pascals ($Pa$) where $1~Pa = 1~Nm^{-2}$. The pressure is a result of the high frequency impacts between the individual molecules of a gas and the container. The pressure depends on the temperature, volume and the mass of the gas in the container.

Boyle's Law states that for a gas of fixed mass at a constant temperature, the pressure ($p$) and volume ($V$) are inversely proportional:

$$ pV = \text{constant} $$
A change made at constant temperature is known as an isothermal process.

Charles's Law states that for a gas of fixed mass at constant pressure, the volume, $V$ is directly proportional to its absolute temperature, $T$.
$$ \frac{V}{T} = \text{constant} $$ 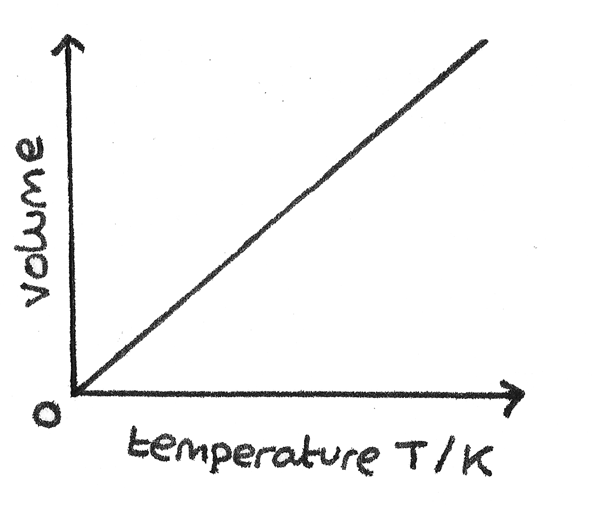 The pressure law states that for a gas of fixed mass at constant volume, the pressure, $p$ is directly proportional to its absolute temperature, $T$.
$$ \frac{p}{T} = \text{constant} $$ 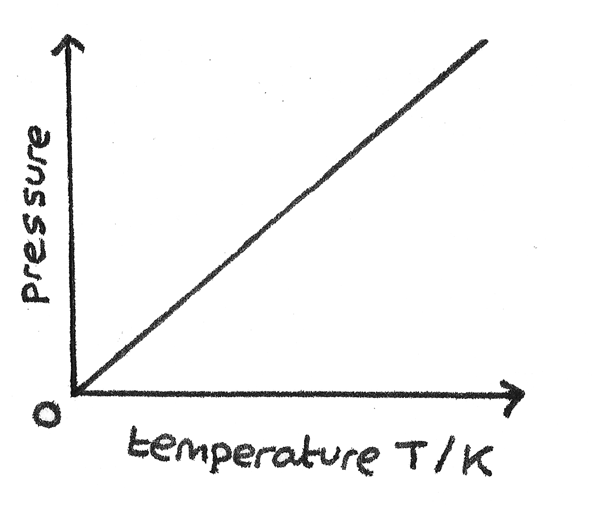 In order to determine the ideal gas equation, some definitions relating to the amount of substance must be known:

One mole is the amount of any substance containing as many particles as there are carbon atoms in exactly $12g$ of carbon-12.

The molar mass of a substance is the mass ($g$) of 1 mole of the substance. Molar mass and the number of moles are related by the equation:

The constant in this equation depends on the number of moles of the gas used. By using a constant known as the molar gas constant ($R =~8.31~Jmol^{-1}K^{-1}$), the combined gas law may be written as:

This equation is known as the ideal gas equation.

The number of particles in a gas is given by the number of moles multiplied by the Avogadro's constant, $N_{A}$:

By substituting these equations into the ideal gas equation, it can be found that:

To formulate the equations shown above, some assumptions must be made about the molecules and the container:

The gas laws can be explained using kinetic theory which models a gas as point molecules moving about in random motion, continually colliding with the container walls. This gives an explanation for:

The molecules in an ideal gas have a continuous spread of speeds, shown by the graph below. If the temperature is raised, this curve becomes broader and flatter as more molecules have higher speeds. 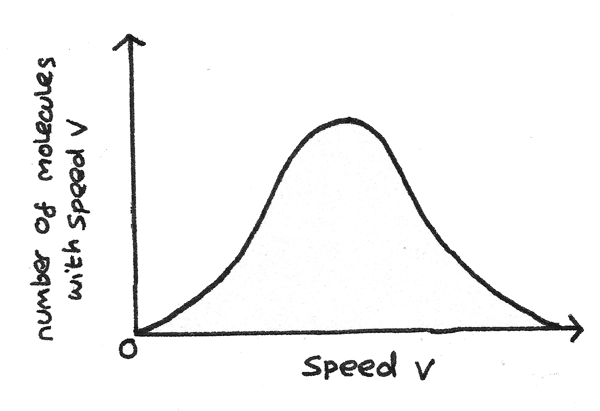 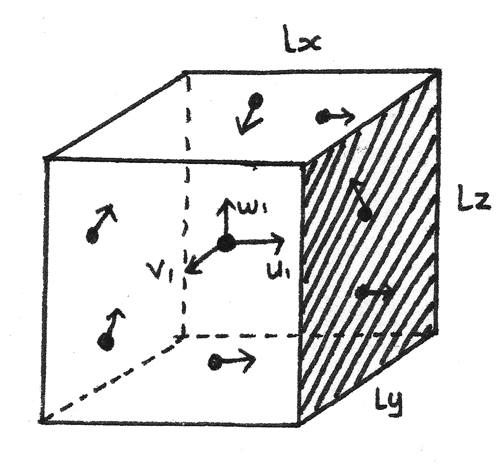