A temperature scale is defined in terms of fixed points:

The internal energy of an object changes if:

A method used to determine the specific heat capacity of a substance is the inversion tube experiment. A hollow tube containing lead shot can be inverted multiple times, with the temperature of the lead shot measured after each inversion using a thermometer. 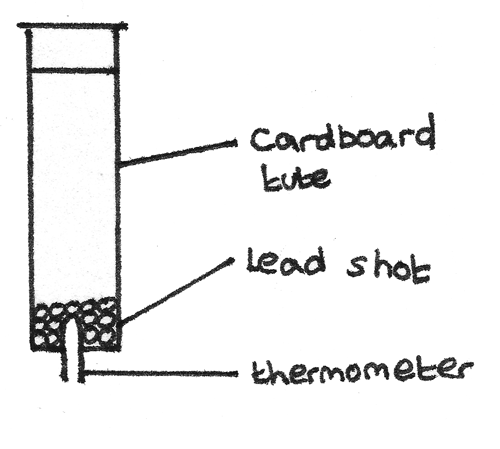 A method of determining the specific heat capacity of a liquid is by using a calorimeter and a heater. 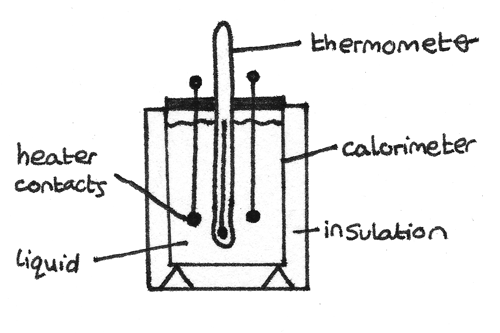 With the heater in the liquid, the liquid should be stirred and the temperature measured over time. As the calorimeter is well insulated, it can be assumed no energy is lost to the surroundings. With a known current and voltage, the energy supplied by the heater can be calculated by:

A similar approach can be used to determine the specific heat capacity of a solid whereby a heater is inserted into the solid and the temperature difference is measured over time. These methods depend on a known energy input and the assumption of no energy loss to the surroundings.

During a phase transition where the state of a substance is changed, energy is required to do work against the attractive forces holding the molecules together. In this process, the energy transferred to the object as heat does not lead to an increase in temperature. The energy required to change the state of a substance with no change in temperature is known as its latent heat, $l$. 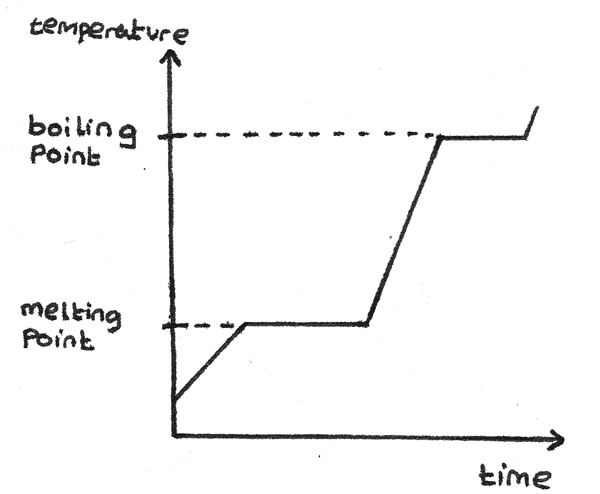 This graph shows the temperature of a solid against the time it is heated for a constant rate. The flat sections of the curve are when the substance is changing state.

The energy, $\Delta Q$ needed to change the state of a substance of mass $m$ can be calculated with: