The two main types of chromatography are: 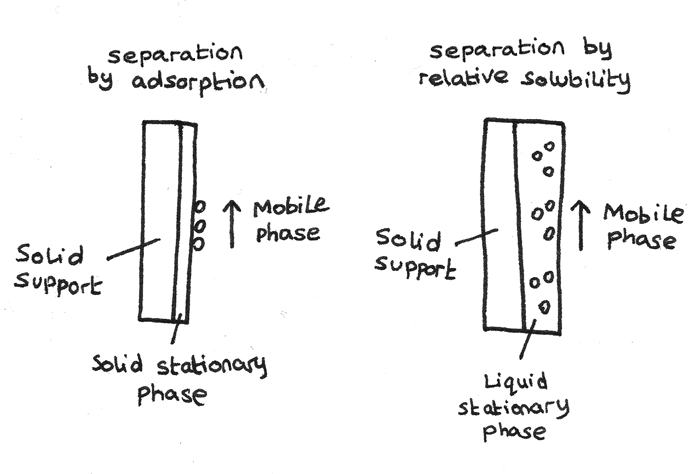 Thin layer chromatography is used for separating a mixture into its components with the use of a solid stationary phase and a liquid mobile phase.

A chromatogram is a visible record showing the result of the separation. Thin layer chromatography is achieved by the adsorption of the components onto the solid stationary phase. The components which bind to the adsorbent more strongly move slower up the plate.

The diagram above shows the movement of the separated components as the solvent rises up the plate. The method for thin layer chromatography is shown below:

Each separated component appears as a spot on the TLC plate. Sometimes the spots may be colourless, in which case a method should be used to locate the spots:

Once the positions of the separated components have been determined, the TLC chromatograms can be interpreted through the use of $R_{f}$ values. These indicate how far the component has travelled up the TLC plate. 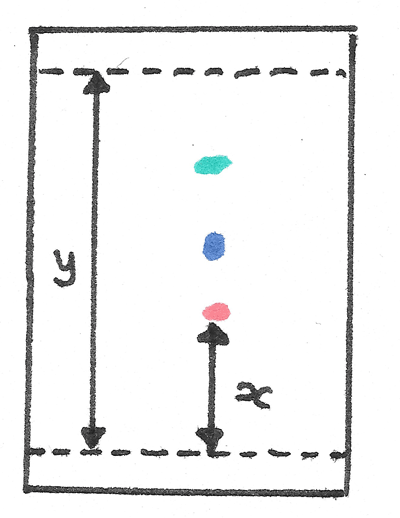 If the chromatography was repeated, the same $R_{f}$ value would be determined. Unknown substances can be identified by comparing them to known values. 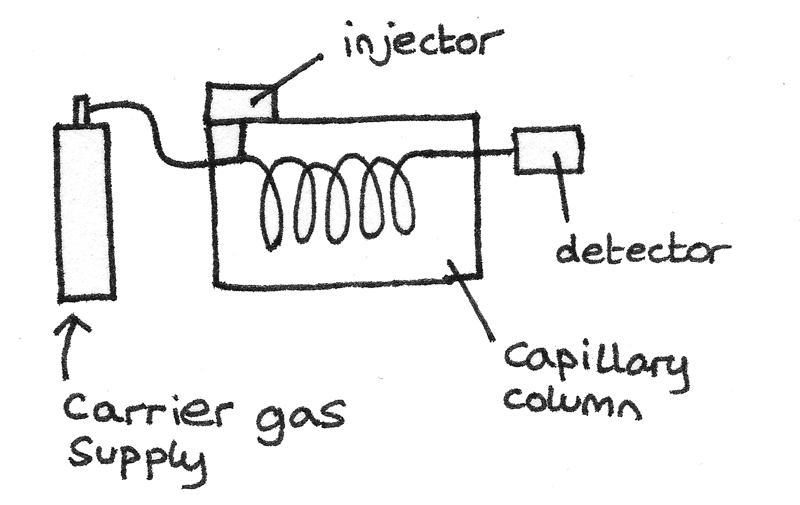 The retention time is the time taken for a component to pass from the column inlet to the detector. As each compound is slowed by a different amount, each compound has a unique retention time. The graph below shows a chromatogram of alcohols and carbonyl compounds in a sample of blood. 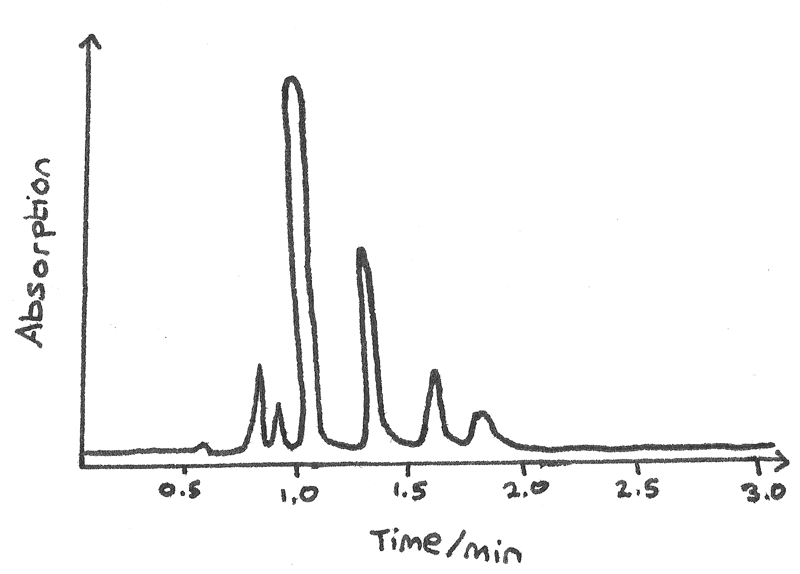 An everyday use of gas chromatography is in breathalysers to determine the amount of alcohol in the blood.