A vector is any physical quantity that has both direction as well as magnitude. Vectors include:

A scalar is a physical quantity that only has magnitude with no direction. Scalars include:

Vectors can be added in order to calculate a resultant vector. This contains the magnitude of the combined forces and the direction the vectors are acting in total.

For vectors acting perpendicular to each other a right angle triangle can be formed, and trigonometry can be used. 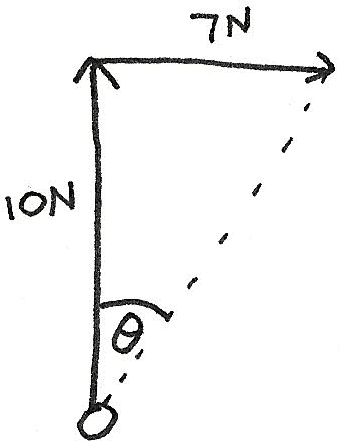 Components of a force

It is possible to split a force into its horizontal and vertical components. This can be done by forming a triangle, with the hypotenuse as the resultant. 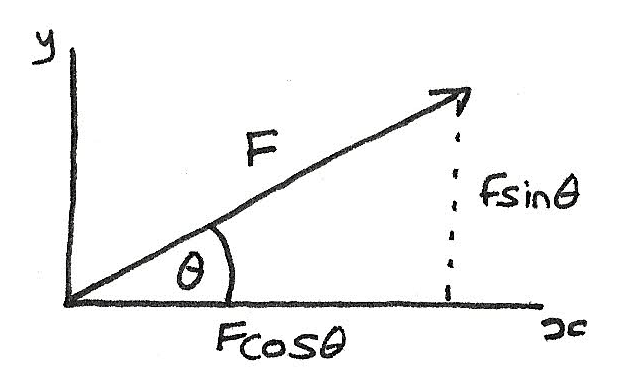 The moment of a force around any point is defined as the force multiplied by the perpendicular distance from the line of action of the force to the point. It is measured in $Nm$. 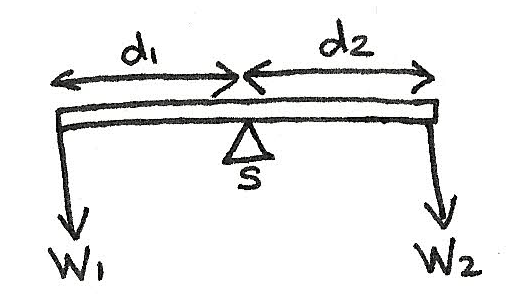 If values are added:

The centre of mass of a body is the point at which a single force on the body has no turning effect. It is the point where the weight is seen to be acting upon. The higher the centre of gravity, and the smaller the base area, the less stable the object is.

An object will fall if the vertical action of the weight sits outside of the base of the object.

A couple is a pair of equal forces acting parallel to each other in opposite directions. This produces no resultant force however a torque is produced.

Where $T$ is the torque in $Nm$, $f$ is the size of one of the forces and $d$ is the distance between both the forces.

When a system is in equilibrium, it means that the object is stationary or at constant velocity.

This is where when an object is moved from equilibrium, it quickly returns to the equilibrium position.

For an object to be in equilibrium: