For an object travelling at constant acceleration, there is no change in speed. The velocity can therefore be calculated by:

Where $v$ is the velocity, $s$ is the displacement, and $t$ is the time in seconds.

For an object travelling at changing speeds the average speed can be calculated.

The constant acceleration formulas can be applied to falling objects providing that air resistance is ignored. This is because the only force acting on an object is gravity. On Earth this provides a downwards acceleration of 9.81 $ms^{-2}$ and has the symbol $g$.

A speed-time graph can be used in order to analyse the change in speed over time. For an object travelling at constant speed, a graph such as the one below will be produced: 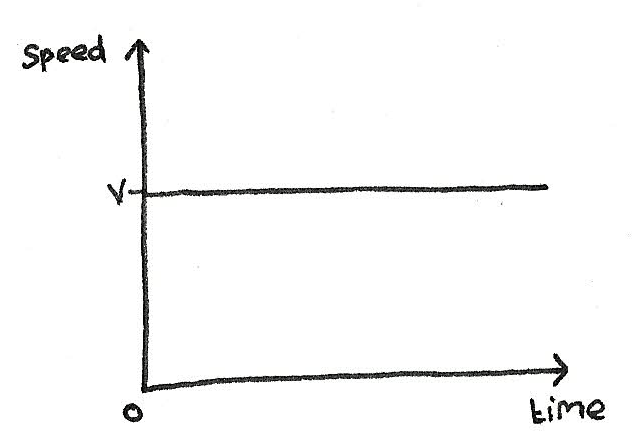 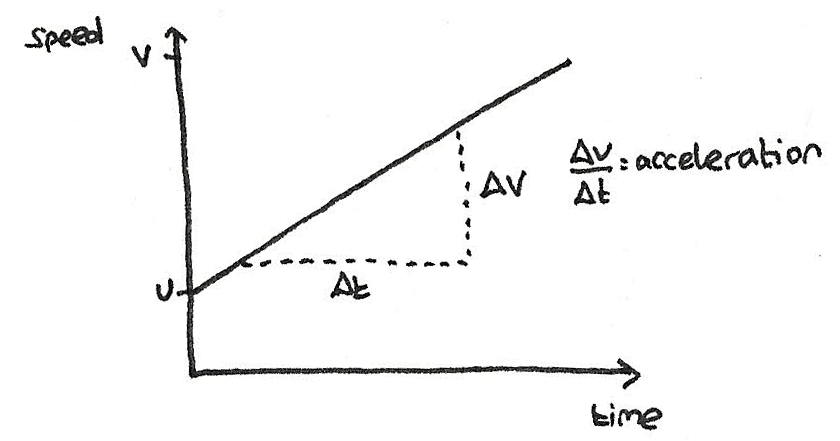 With a changing acceleration, the gradient of the graph will change, producing a curved line. 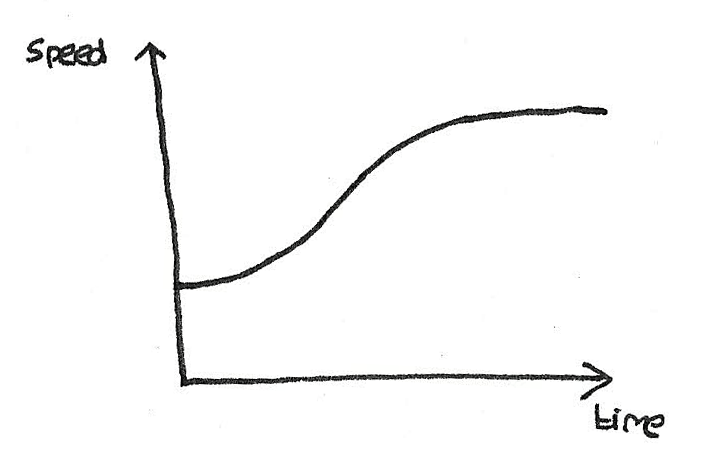 Graphs of object in free fall

If a ball is thrown into the air, the velocity reaches a maximum before decelerating to zero at the peak. After this the opposite occurs and the ball starts to fall downwards, accelerating.

As displacement is the distance away from a certain point, when a ball is thrown, it reaches its maximum displacement at the peak. 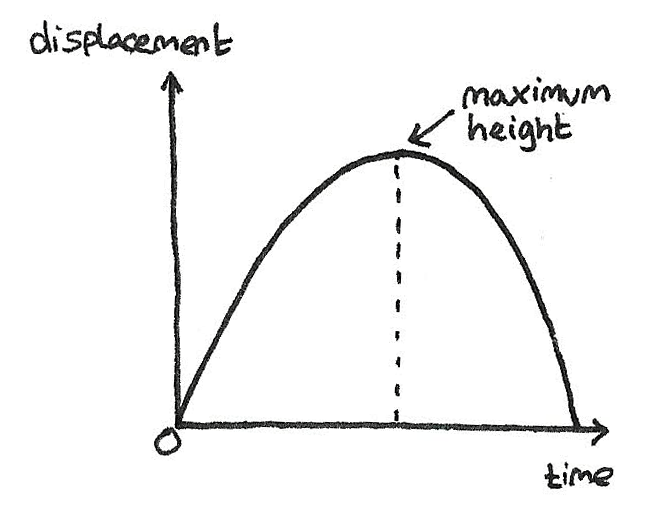 On a distance time graph, the distance is the total distance travelled regardless of the starting position. This therefore produces the following curve. 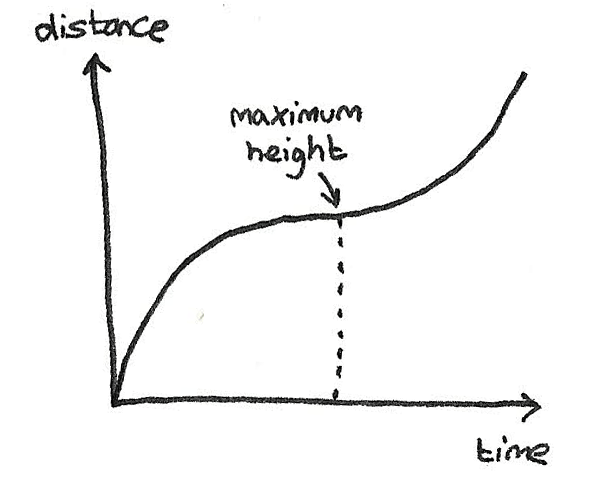 The gradient of the curve is the velocity.

In the same situation of an object being thrown into the air, the velocity time graph will be like the one shown below: 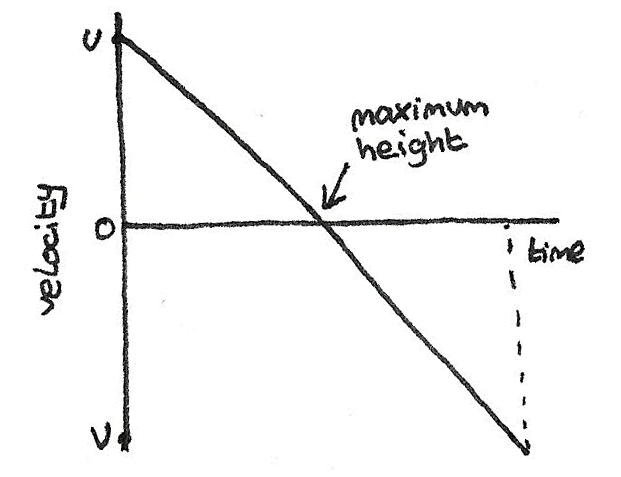 The negative velocity is after the object has reached its peak and is falling back to the ground.

A projectile is any object acted upon only through the force of gravity. When in motion, the path forms a parabolic curve.

The key principles of projectiles is that:

This means that any object undergoing projectile motion can be split into horizontal and vertical components: