The density of a substance is defined as the mass per unit volume. It can be calculated using the formula:

Hooke's Law states that the force needed to stretch a spring is directly proportional to the extension of the spring from its natural length. Hooke's Law may be written as:

Where $k$ is the spring constant, and $\Delta L $ is the extension. The greater the value of $k$, the greater the force required to stretch the spring. If a spring is stretched beyond its elastic limit, it is unable to regain its original length. 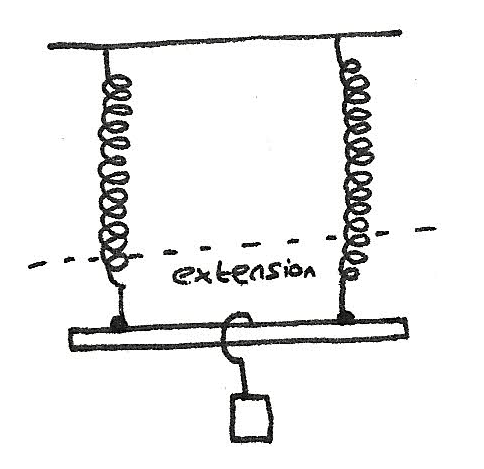 For springs in parallel, the extension of the springs is not equal, although the tension in each spring is the same. This means that the total extension is: 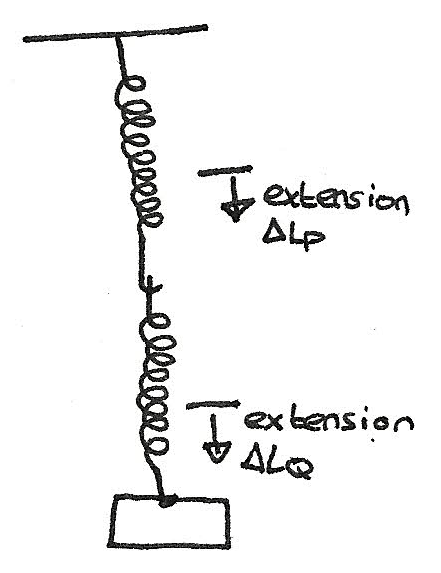 Energy stored in a stretched spring

Tensile strain is defined as the extension per unit length.
$$ \epsilon = \frac{\Delta L}{L} $$
Where $\epsilon$ is the strain with no units as it is a ratio. Both $\Delta L$ and $L$ must use the same units.

Stress and Strain of a wire

Below is a graph showing the stress against strain for a wire. 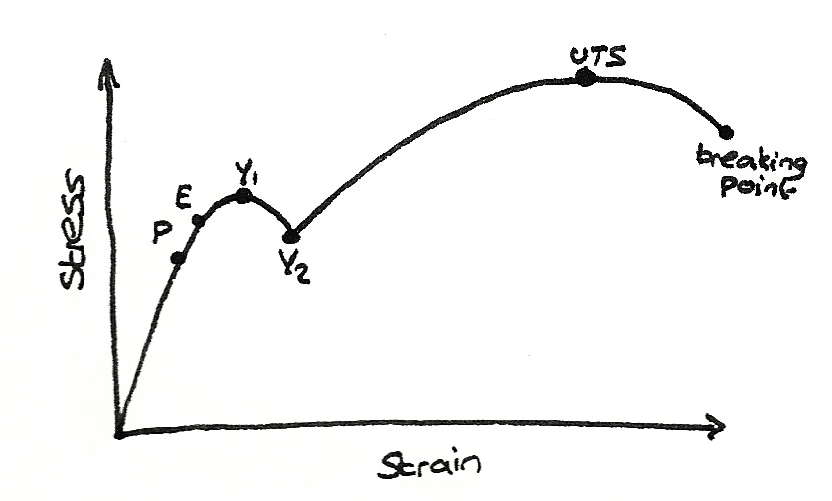 Between the origin and the limit of proportionality P, the strain is proportional to the stress. This means that at this stage, it has a constant Young modulus.

Once it passes the elastic limit, the point of which the wire is permanently stretched, and reaches the yield point $Y_{1}$, it weakens temporarily. Beyond $Y_{2}$, plastic flow occurs before reaching the ultimate tensile stress where the wire starts to become thinner and break.

The stiffness can be determined by calculating the gradient of a stress-strain line which is the Youngs Modulus. The greater Youngs Modulus is, the stiffer the material is. 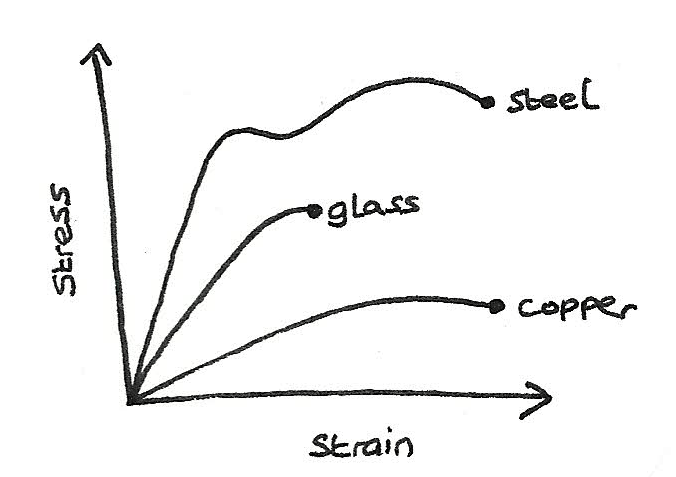 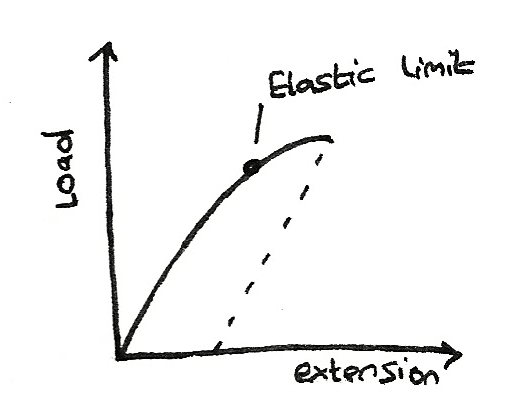 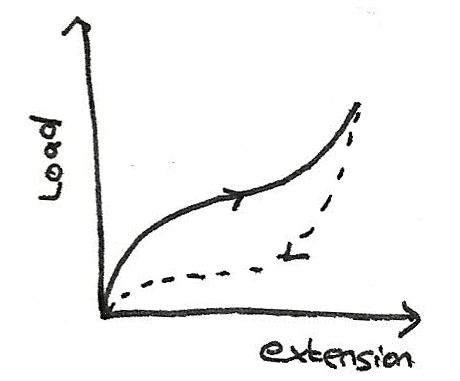 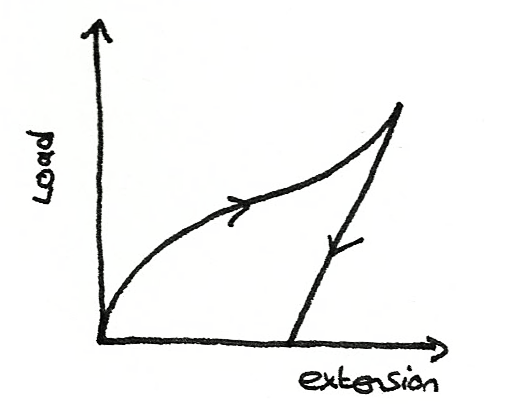 The area between the loading the unloading curves represent the work done to deform the material permanently.