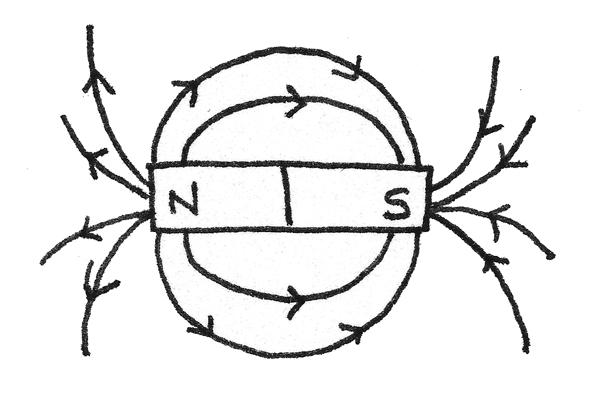 Magnetic field lines indicate the path a free north pole would move in a field; which is always from north to south. As shown in the diagram, the lines are most dense at the poles of the magnet, where the magnetic field is at its strongest.

A current flowing through a wire induces a magnetic field around the wire. When a current-carrying wire or magnet is placed inside an external magnetic field, the two magnetic fields interact. This causes a force to act on the object in a perpendicular direction to the lines of force of the external field. The diagram below shows how the directions of the force, field lines and current are related. 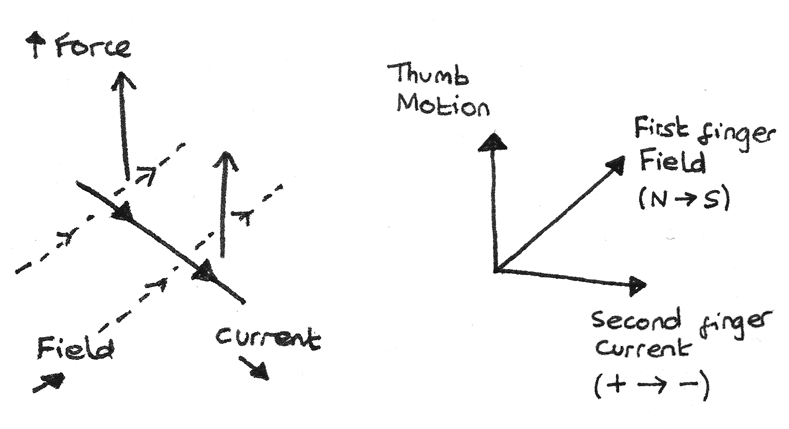 When the magnetic field lines and the conductor are perpendicular, the magnitude of the force is proportional to the magnetic flux density in teslas, ($T$), the current ($A$) and the length of the wire ($m$):

In order to increase the force, the wire can be coiled into a solenoid, thus increasing the length. This produces a magnetic field shaped like a bar magnet.

The motor effect is used in electric motors in order to make a central armature continuously rotate. An electric motor consists of a coil which spins between the poles of a magnet. When a direct current flows through the coil, forces act on both edges of the coil in opposite directions. This causes a torque, resulting in a rotating motion. 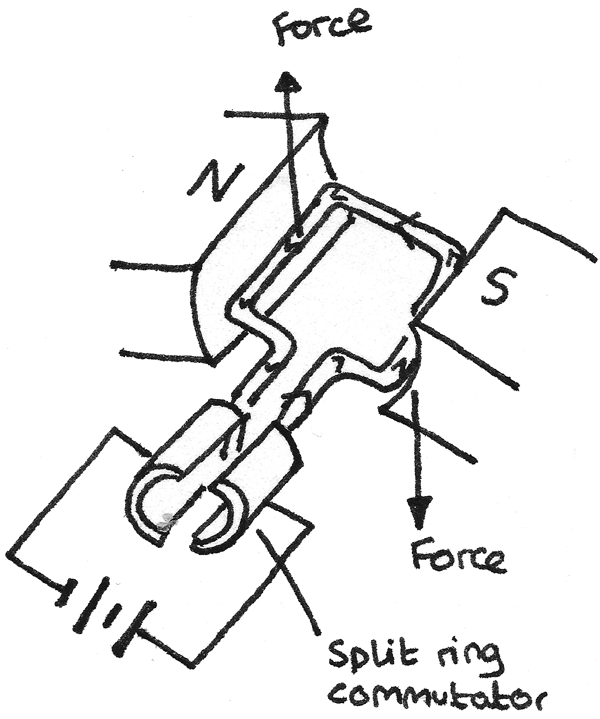 Force on a Moving Charge

Where $B$ is the magnetic flux density, $Q$ is the charge on one charged particle and $v$ is the velocity of the particle. It is the cumulative force from these charged particles which results in the visible movement of the wire.

A cyclotron is a device used to accelerate charged particles to high velocities, often for use in radiation therapy or scientific research. A cyclotron consists of two semicircular electrodes called dees in a vacuum chamber. 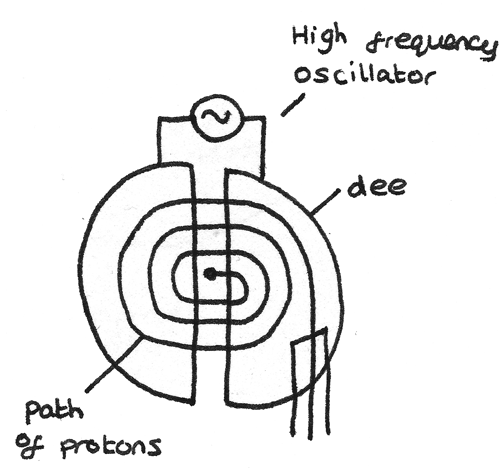 A cyclotron makes use of a fixed magnetic field and an alternating electric field.

As the magnetic force acts as the centripetal force, a formula for the radius of the circular path can be determined:

By rearranging this equation in terms of $v$, it can be shown that the time taken for the particle to travel around a semi circular dee is independent of the velocity:

As the voltage must be reversed each time the particle switches between the dees, the time period and frequency of the oscillator must be:

A mass spectrometer is a device used to analyse the type of atoms present in a sample. 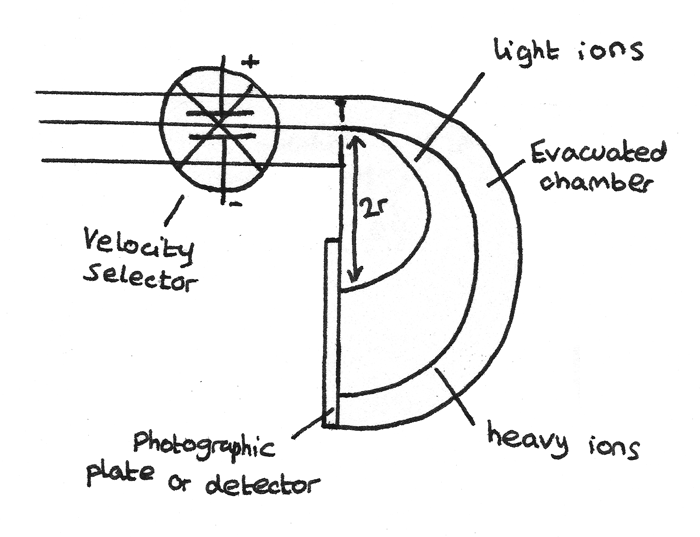