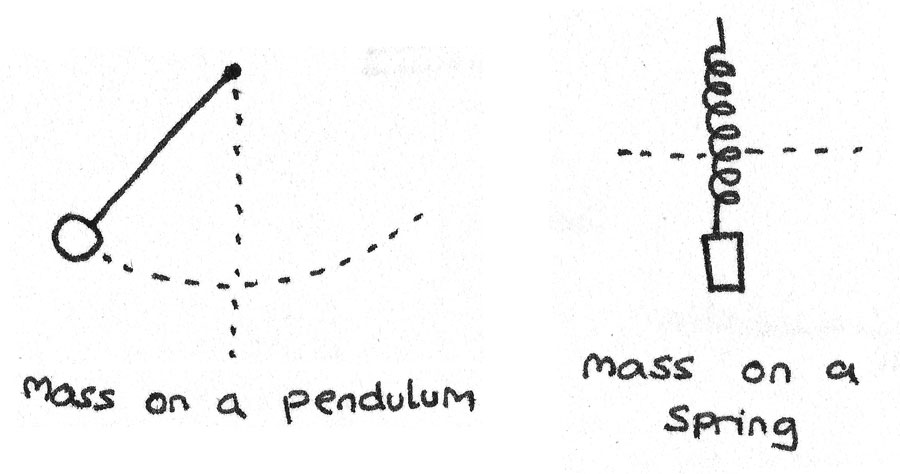 Below are some key terms used to describe the characteristics of an oscillating object:

This is a measure of how “in step” different oscillating objects are. If two objects are at the same position and travelling in the same direction, they are said to be in phase. If not, there exists a phase difference which can be calculated with:

By plotting displacement, velocity and acceleration against time curves, the motion of an oscillating object can be analysed. In the diagrams below, $T$ represents the time taken for one complete cycle of motion.

In simple harmonic motion, the frequency and time period are independent of the amplitude. This means that the time taken for one complete cycle is the same regardless of the initial displacement from equilibrium.

The displacement against time graph for an object in simple harmonic motion is a cosine curve. The equation for this curve is therefore: 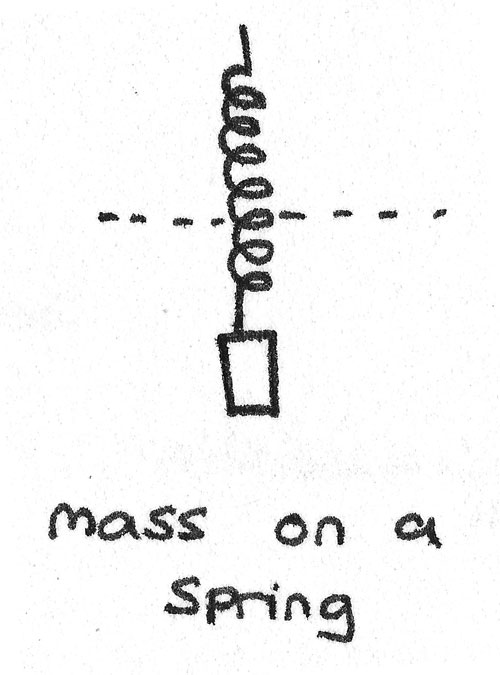 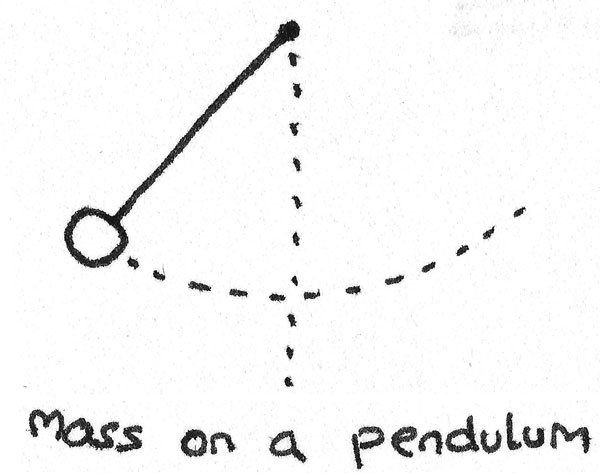 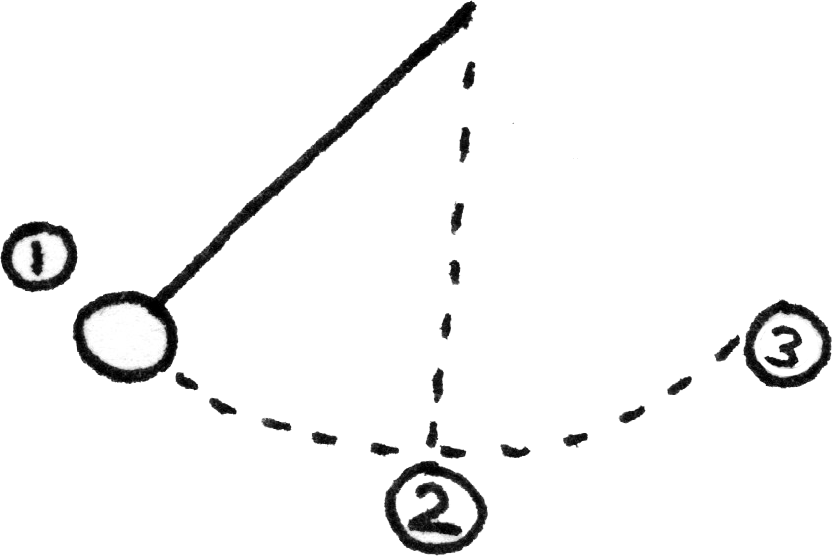 The potential and kinetic energy of an oscillating object can be plotted on a graph of energy against displacement. On this graph, the total energy is constant and equal to the potential energy at the maximum displacement. 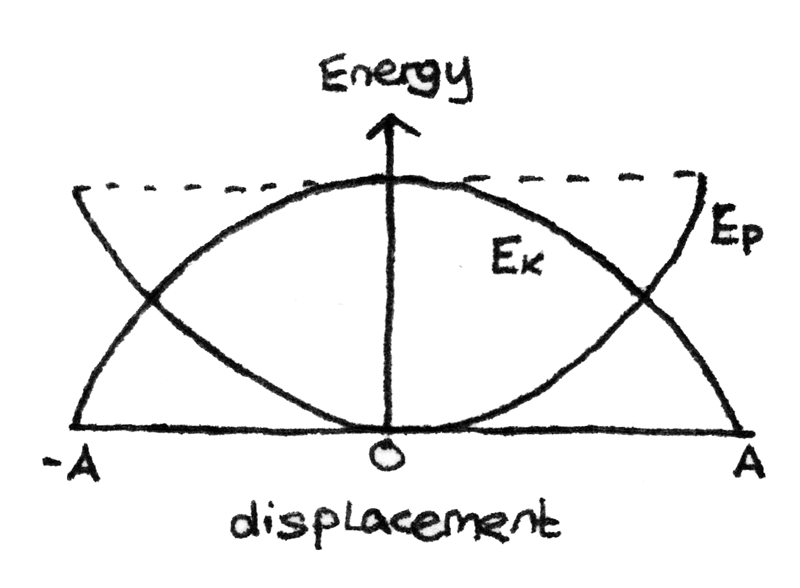 Damping is where energy in an oscillating system is dissipated to the surroundings resulting in a decreasing amplitude. Damping is caused by dissipative forces such as air resistance or friction. 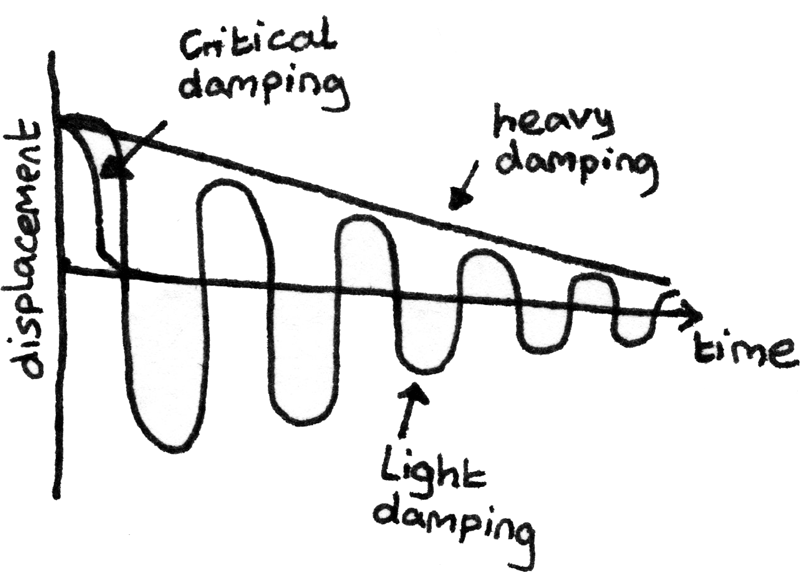 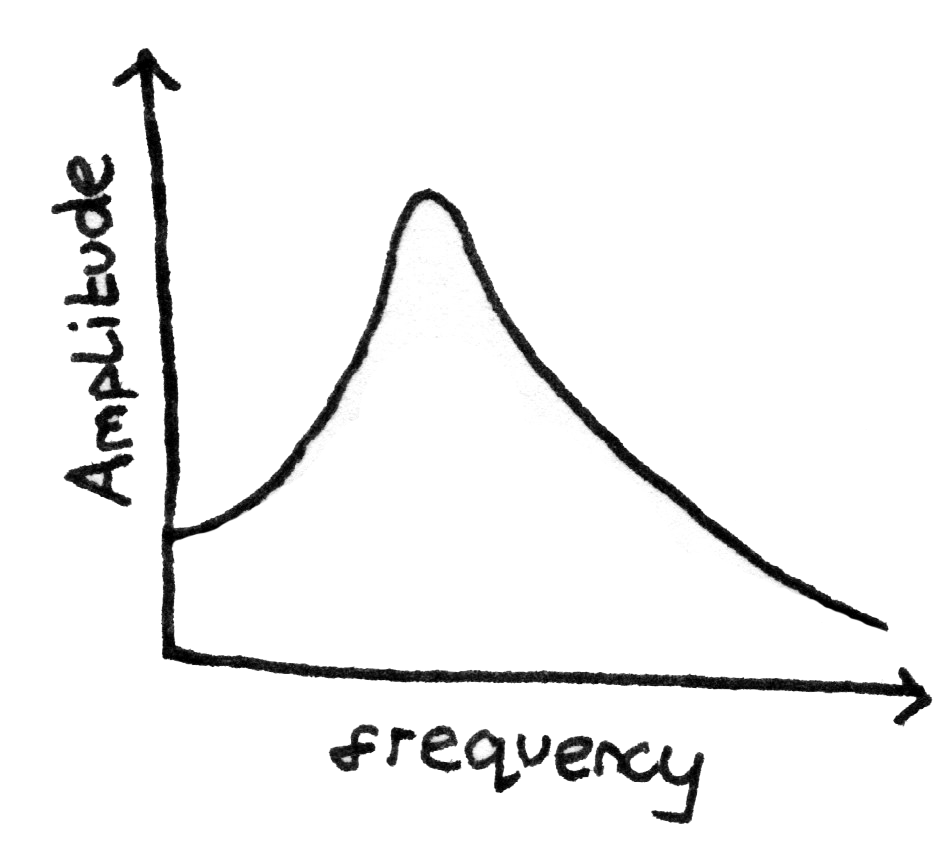 The peak on the graph shows the point where the applied frequency is equal to the natural frequency and the system is resonating.